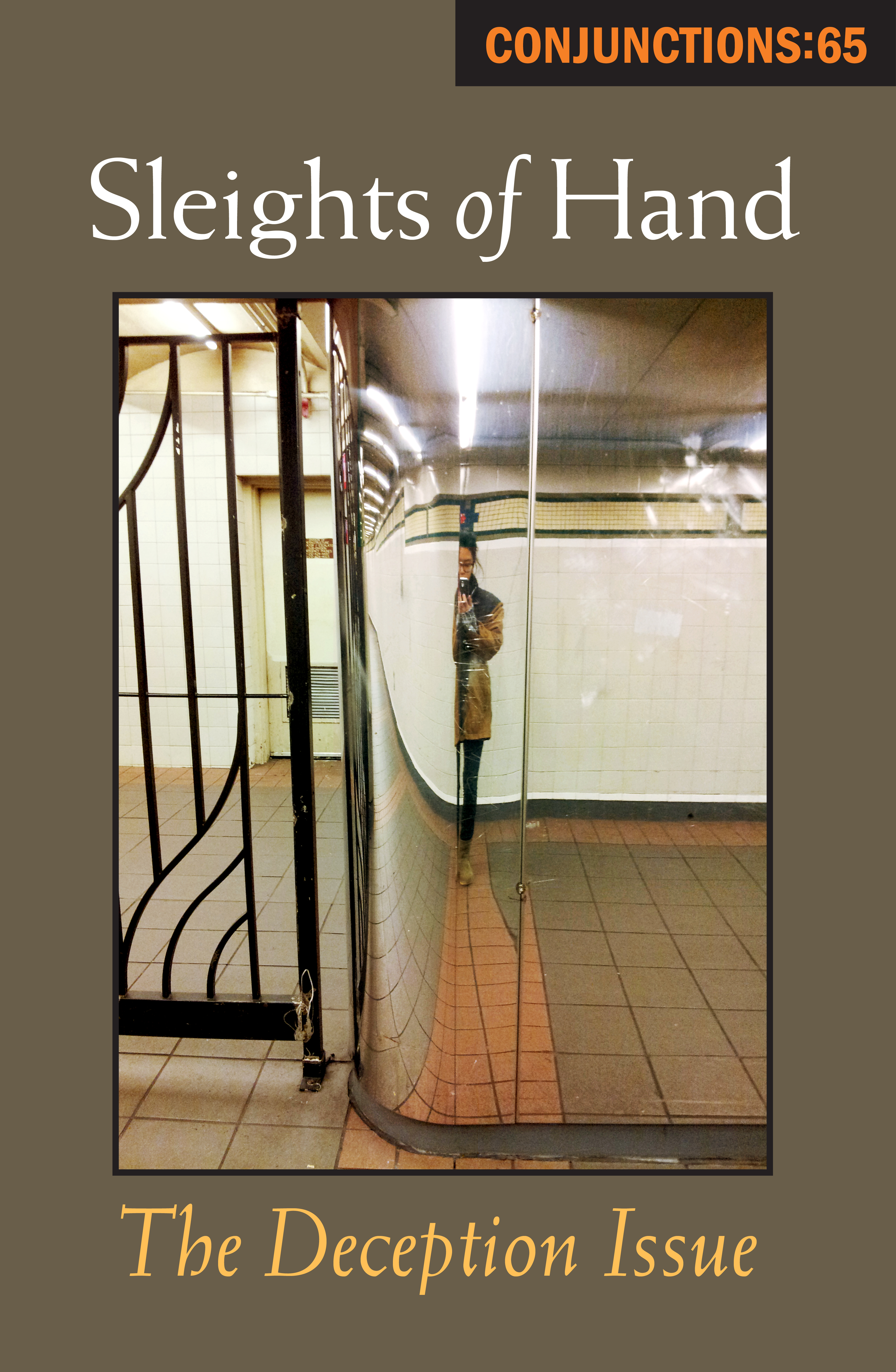 We all deceive, whether or not we care to admit it—denial often being yet another form of deception. We deceive others as well as ourselves. People of every age and stripe—whether rarely or often, on purpose or unknowingly—dissimulate, exaggerate, bluff, and beguile. Sometimes our deceptions are meant to protect, to shelter, to spare; sometimes they’re meant to harm. Nature is no stranger to deception, as flora and fauna use wily camouflage to confuse prey and avoid predators. Art itself, from fiction to film, from theater to painting, often relies on aesthetic subterfuge. Then there’s an altogether different angle of approach, let’s call it ameliorating deception, suggested by the idea that “a deception that elevates us is dearer than a legion of low truths”—a concept forwarded by the great poet Marina Tsvetaeva, who, according to at least one scholar, appropriated these words from Alexander Pushkin. Another deception or simple oversight? Impossible to know. The horizon line where deception and truth nearly touch can be as blurry as a heat mirage on the asphalt of a baking desert highway. And as dangerous for the traveler.

A hitherto unknown school of nineteenth-century European painters whose darkly captivating lost works are as mysterious as its leader’s arcane philosophy. A self-possessed Midwestern adulteress with an acerbic wit and bitingly incisive view of herself, her lover, and those she betrays. A slum rat, who, through abiding fear and a weird capacity for identity dislocation, curiously embodies the Chinese villagers it strives to avoid. The stories, novellas, poems, and essays in Sleights of Hand investigate the myriad masks behind which we hide, hoping to create an alternative reality in the eyes of our beholders. Some of these works operate within the realm of the fantastic, where the artistic imagination is least fettered, while others take a level-eyed approach, staring down a difficult subject many would prefer to avoid. This is not a preachy gathering, however, and while I imagine readers will recognize aspects of themselves here and there, as often as not these writers discover wildly fresh ways of exploring a
classic theme.

To see announcements of new issue themes or to keep up with our issues as they develop, follow us on Facebook and Twitter and join our newsletter.
Desiree Des, Subway Wall, 2013. Digital photograph from the series Avoiding the Self-Portraits. © Desiree Des 2015; all rights reserved by the artist.

Arielle Greenberg
Seven Pieces on Deception, the Whore, and Anderson, IN
Margaret Fisher
A Monologue Addressed to the Madame’s Cicisbeo
Edie Meidav

Blind in Granada, or, Romance