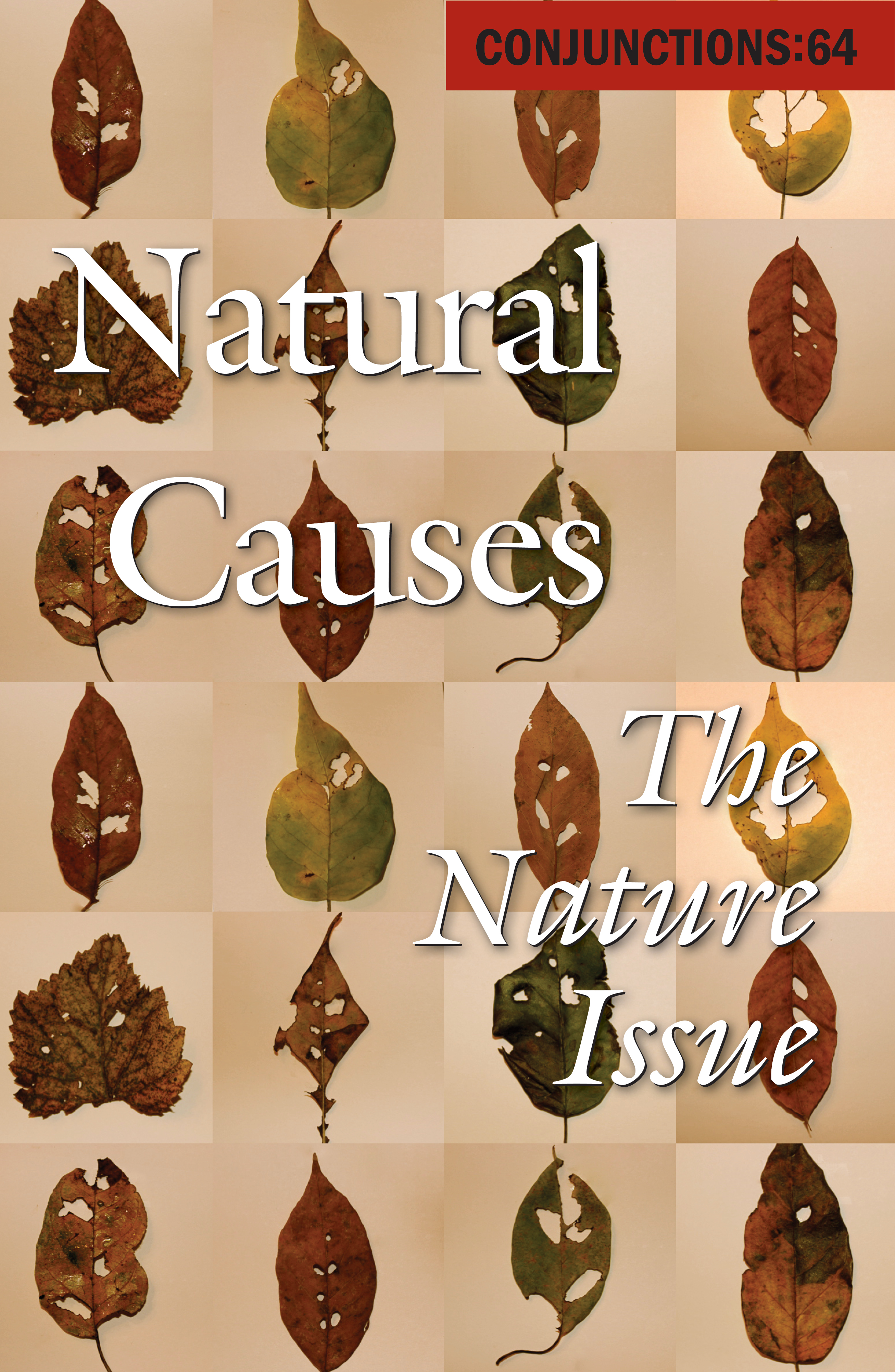 In smog-choked Nanjing with its vegetable vendors and on an island encircled by the pristine waters of Lake George and haunted by a doomed man’s memories, nature generates its own narratives in which humans play out their ordinary lives and, sometimes, extraordinary deaths. In the ancient city of Harar in eastern Ethiopia where hyenas come to feed in the sultry night and in the snowy Alaskan wilderness whose Russian River salmon are being greedily, hedonistically overfished, nature is observed, marveled at, even as it’s being exploited and threatened—together with its hapless human “custodians”—with extinction. Nature survives as best it can while we savor and pollute it, celebrate and misuse it. And as for its misuse, humans have long been an egregiously clever tribe of misusers. If, for instance,the Department of Defense has its way, as Christine Hume notes in these pages, weather itself could one day be weaponized using “weather-modification technologies [that] might give the United States a ‘weather edge’ over adversaries.”

Yet not all is apocalyptic. Nature has traditionally played a rich, central role in literature, sometimes becoming a character itself. Yes, a dead swan becomes a metaphor for a dying, violent marriage, but then springtime flora proposes rebirth, the promise of futurity. In these pages we encounter shrimp farms and spoonbills, maize husks and Austrian woods, tarantulas and eels, multitudinous winds that pollinate or desiccate—nature in all its myriad forms, right down to photons, neutrons, neutrinos, and, yes, even Godzilla, the Sasquatch, and other of nature’s fictive and folkloric monsters.

Natural Causes is less a dispatch from the Sierra Club—although concern for our environment and appreciation of its ravishing beauty and diversity are very much on the minds of these writers—than a reimagining of how nature writing can be written. Here are twenty-five engagements not only with our natural world but with the ways in which we contemplate it in art and essay.

To see announcements of new issue themes or to keep up with our issues as they develop, follow us on Facebook and Twitter and join our newsletter.
Gaps in Knowledge, by Carolyn Guinzio, 2014. Digital photographic collage. © Carolyn Guinzio 2015; all rights reserved by the artist.

Brother Who Comes Back Before the Next Very Big Winter

And the Bow Shall Be in the Cloud

The Confession of Philippe Delambre