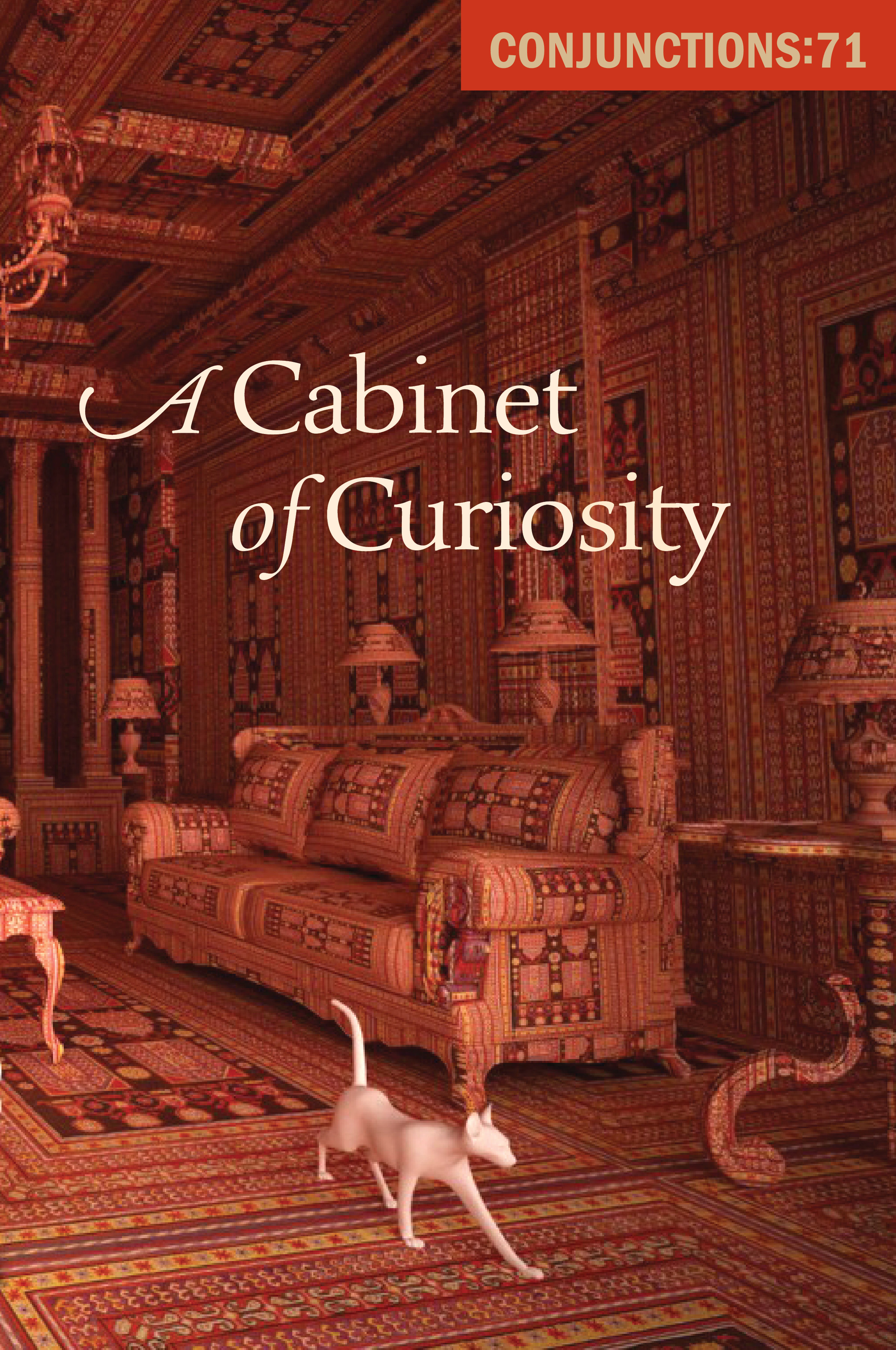 Longtime contributor Martine Bellen will read from “An Anatomy of Curiosity.” Writers new to Conjunctions include 2019 Bard Fiction Prize winner Greg Jackson (“A Curiosity of Spies”), Lynn Schmeidler (“The Wanting Beach”) and Dave King (“Once More to the Beach”).

The literary journal Conjunctions, edited by novelist Bradford Morrow and published by Bard College, has been a living notebook for provocative, risk-taking, rigorously composed fiction, poetry, and narrative nonfiction since 1981. As PEN America has it: “Conjunctions is one of our most distinctive and valuable literary magazines: innovative, daring, indispensable, and beautiful.”

ABOUT THE AUTHORS
Martine Bellen is the author of nine collections of poetry and three opera libretti. Her most recent poetry collection is This Amazing Cage of Light: New and Selected (Spuyten Duyvil).

Lynn Schmeidler is a prose writer and poet. Her work has appeared in such publications as The Awl, Barrow Street, Boston Review, Fence, The Georgia Review and The Southern Review, as well as numerous anthologies. Schmeidler has published one poetry book, History of Gone (Veliz Books, shortlisted for the 2016 Sexton Poetry Prize) and two chapbooks, Curiouser & Curiouser (winner of the 2013 Grayson Books Chapbook Contest) and Wrack Lines (Grayson Books). She received a Tennessee Williams scholarship in fiction from The Sewanee Writers’ Conference, is a Pushcart Prize nominee in fiction, a Best of the Net nominee in poetry, and has had work listed under Other Distinguished Stories in Best American Short Stories. She is currently completing a novella and short story collection.
Dave King’s novel The Ha-Ha (Little, Brown) won the 2006 Rome Prize from the American Academy of Arts and Letters. His poems and stories have appeared in The Paris Review, Fence, and other venues; and his story “The Stamp Collector” is included in The O. Henry Prize Stories 2018. A memoir about his 1974 travels is in the works.
Contact: Nicole Nyhan , [email protected], 845-758-7054
http://www.conjunctions.com