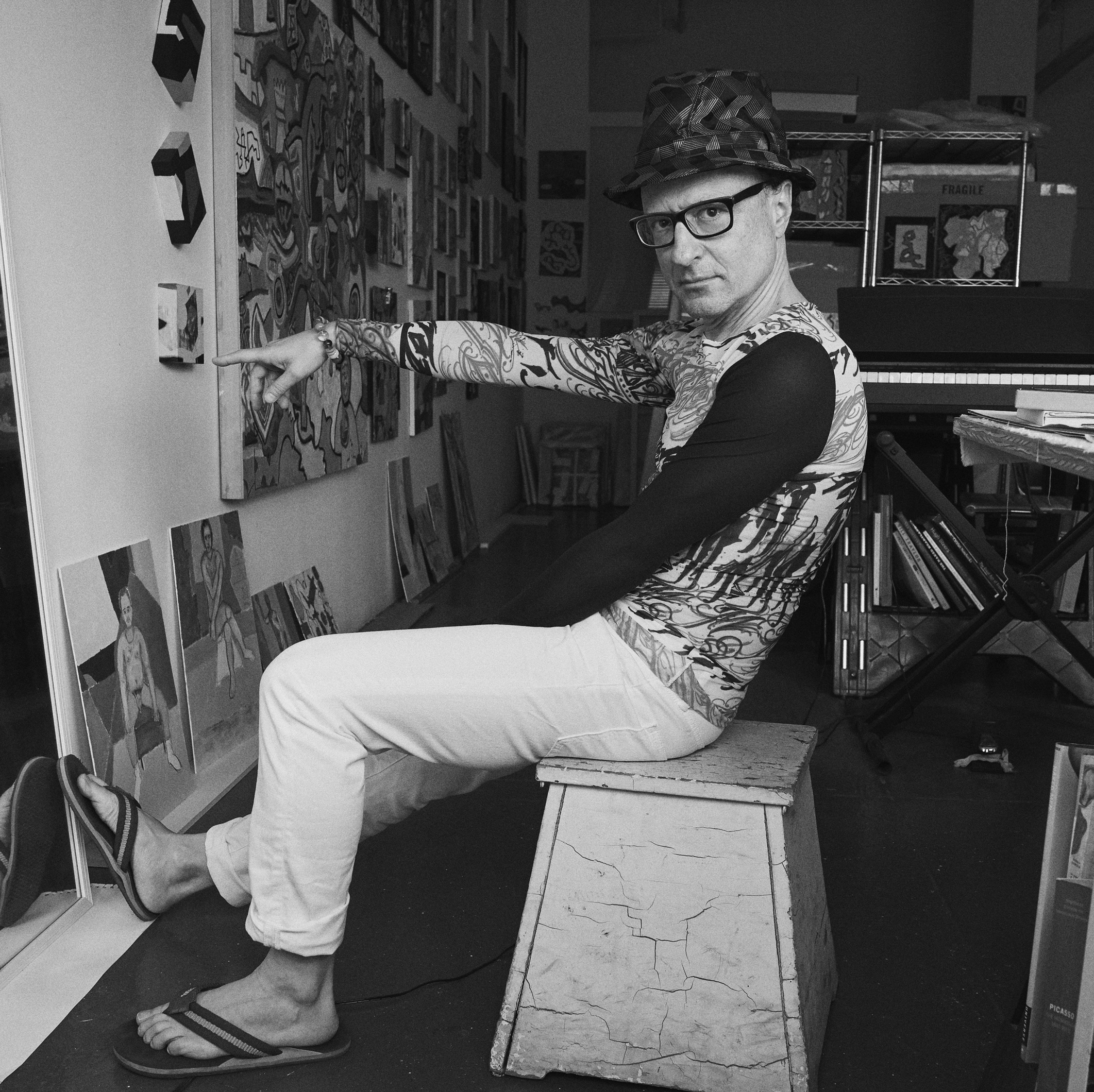 Photo by Jan Rattia
Wayne Koestenbaum is a poet, critic, fiction-writer, artist, filmmaker, and performer. His newest book, Ultramarine, the third volume of his trance trilogy, comes out this month from Nightboat. He has published 21 other books, including The Cheerful Scapegoat, Figure It Out, Camp Marmalade, My 1980s & Other Essays, The Anatomy of Harpo Marx, Humiliation, Hotel Theory, Circus, Andy Warhol, Jackie Under My Skin, and The Queen’s Throat (nominated for a National Book Critics Circle Award).  His first feature-length film, The Collective, premiered at UnionDocs (New York) in 2021. In 2020 he received an American Academy of Arts and Letters Award in Literature. Yale’s Beinecke Rare Book and Manuscript Library acquired his literary archive in 2019. He is a Distinguished Professor of English, French, and Comparative Literature at the City University of New York Graduate Center.