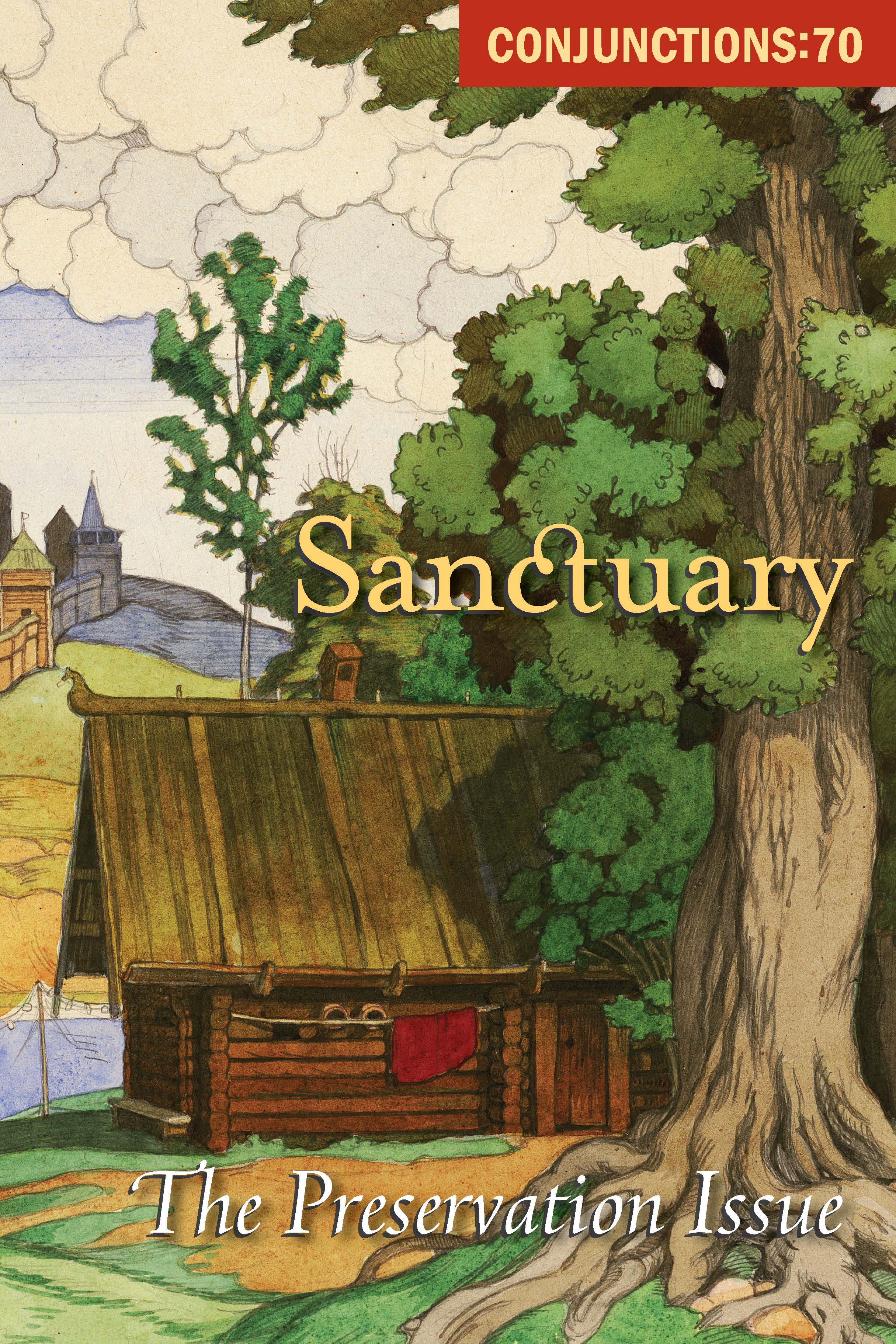 Conjunctions celebrates the release of its spring issue, Conjunctions:70, Sanctuary: The Preservation Issue, with a reading by contributors Madeline Kearin, Maria Lioutaia, and Kyra Simone, and an introduction by longtime Conjunctions contributor Alexandra Kleeman, at KGB Bar (85 East 4th Street, NYC). Copies of the issue will be available for sale and signing. The event is 21+, with a 1–2 drink minimum; seating is first come, first served.

Madeline Kearin’s debut literary publication, “Fallout,” appeared in Conjunctions:67, Other Aliens, and her contribution to this issue, “Kirkbride,” is her second appearance in the journal. Maria Lioutaia’s contribution to the issue, “Potatoes,” marks her first appearance in print. Kyra Simone, whose work has been anthologized in Best American Experimental Writing, will read from “Palace of Rubble.” Her “Seven Stories from the Palace of Rubble” appeared in Conjunctions:56, Terra Incognita.

The literary journal Conjunctions, edited by novelist Bradford Morrow and published by Bard College, has been a living notebook for provocative, risk-taking, rigorously composed fiction, poetry, and narrative nonfiction since 1981. As PEN American Center has it: “Conjunctions is one of our most distinctive and valuable literary magazines: innovative, daring, indispensable, and beautiful.”

Maria Lioutaia was born in Russia, grew up in Canada, and now lives in New York. She is an MFA candidate in creative writing at NYU, where she is a Goldwater Fellow. Her contribution to Conjunctions:70, Sanctuary: The Preservation Issue is her first appearance in print.

Kyra Simone is a writer and editor based in Brooklyn. Her work has appeared or is forthcoming in Conjunctions, the Atlas Review, Black Clock, the Brooklyn Rail, Little Star, Prelude, Vestiges, and the Best American Experimental Writing anthology, among other journals. Originally from Los Angeles, she is a member of the editorial collective at Ugly Duckling Presse, and she works as an associate editor at Zone Books.

Alexandra Kleeman is a Staten Island-based writer of fiction and nonfiction, and the winner of the 2016 Bard Fiction Prize. Her work has received scholarships and grants from Bread Loaf, the Virginia Center for the Creative Arts, Santa Fe Art Institute, and ArtFarm Nebraska. She is the author of the debut novel You Too Can Have a Body Like Mine and Intimations (both Harper), a short story collection.
Contact: Nicole Nyhan, conjunctions@bard.edu, 845-758-7054
http://www.conjunctions.com