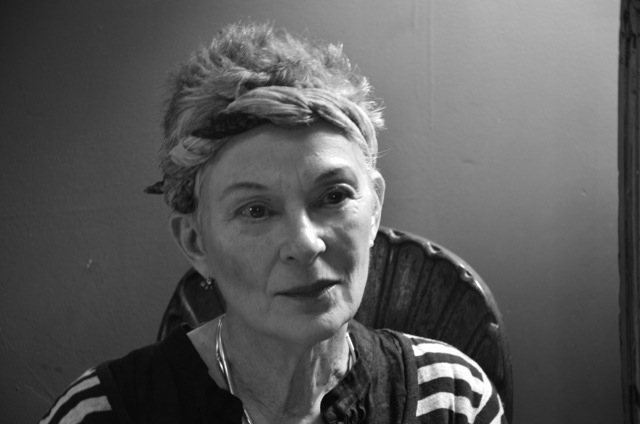 Ann Lauterbach has published ten collections of poetry, most recently Spell (Penguin), as well as several chapbooks and collaborations with visual artists, including work with Ann Hamilton, Lucio Pozzi, and Ellen Phelan. She has written on art and poetics in relation to cultural value, notably in a book of essays, The Night Sky: Writings on the poetics of experience (Penguin). She has written catalogue essays on Cheyney Thompson and Taylor Davis, among others, and has been a visiting critic (sculpture) at Yale. Her 2009 volume, Or to Begin Again, was nominated for a National Book Award. Her poems have been translated into French and German. She has received fellowships from the Guggenheim Foundation, The New York State Foundation for the Arts, Ingram Merrill, and The John D. and Catherine C. MacArthur Foundation. Since 1990, she has served as Co-chair of Writing in the Milton Avery Graduate School of the Arts and, since 1997, David and Ruth Schwab Professor of Languages and Literature at Bard College. She has been a contributing editor to Conjunctions since 1981. A native New Yorker, she lives in Germantown, New York.